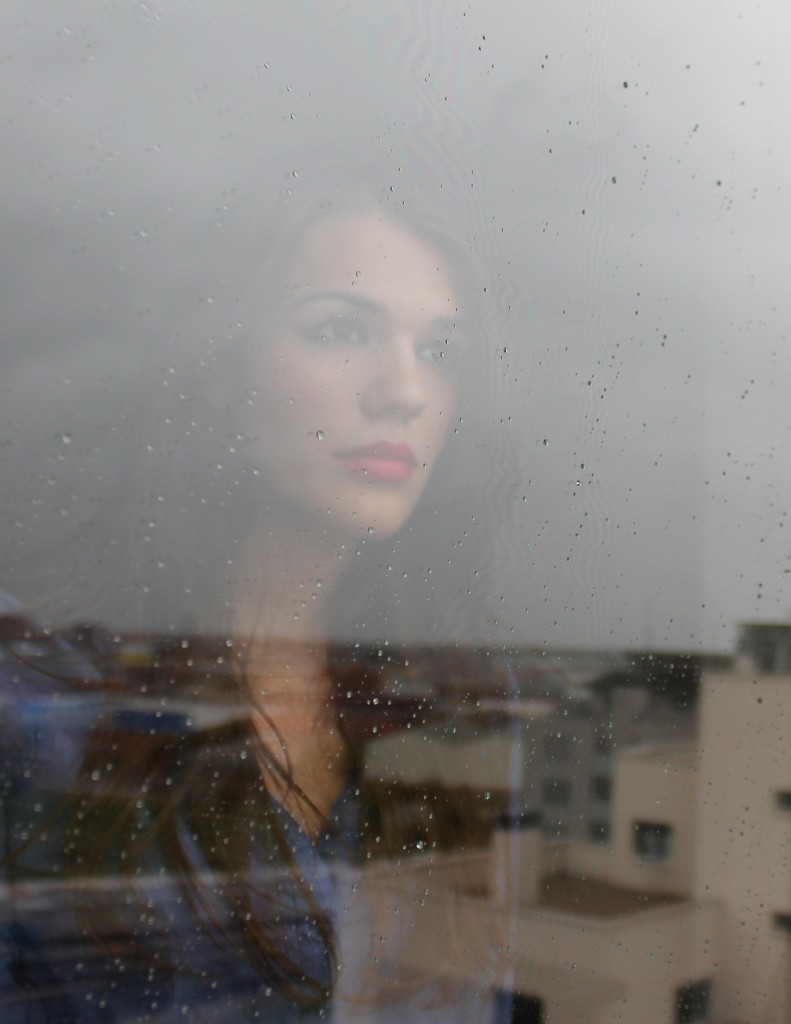 I remember when I worked in a bank in London and being so aware of the passing of time, which hadn’t changed so much since Mad Men days, complete with smoke glazed senior management offices.

Pam had worked there since starting as a typist and when I worked there she word-processed all the management’s letters. She showed me the best way to fold an A4 letter, so the address shows through the window. (still useful; I can show you some time if you like)

Pam had her priorities right. At 4.55pm she would gather up her coat and her red Mary Poppins style umbrella and be ready to be out of the door by five, to return home to her cat and neat flat.

I did not. I was caught up in a play of needing to look committed. The same play that the other go-getters were in.

I would have enjoyed myself a lot more if I’d had a lot more attitude.

I was in my early twenties, deeply grateful to have the job and deeply wanting to not make a mess of things.

We had a chap who was on a gap year from South Africa. He came at all the work with real ease and a total sense of detachment. He treated the work as though he was on a vineyard tour. His easy charm brought attention from senior management that made the Scottish grim hard work ethic part of me want to go on a picket line.

I felt totally and utterly out of place. For a start drinking in after work hours wasn’t my thing and trying to get home on the underground to Wimbledon after a late work night was something I avoided.

Now, had I had the experience I have now, I would have got some help in deciding why banking was not the right path for me and what was.

I thought I could figure it out from reading career books and taking tests like Myers Briggs. These led to a lot of understanding and a life-long love of all things self-help, but they didn’t bring me any closer to what I actually wanted. (or so I thought)

Part of the reason for this was I was being so darned sensible and was stuck in the traditional ideas of what counted as a career.

Part of it was responsibility. When I graduated there were not many jobs in Scotland. In 1994 people were sending paper c.v.s and there were huge paper directories of places that graduates could apply to.

I was unemployed for a year and my tactic to get a job was a simple one. Send a hand written letter to pretty much every employer in the paper directory.

Eventually the merchant bank wrote back. It was near the beginning of the directory and I was working my way towards the end of it with my hand written letters.

I had another set of interviews with an I.T. company based in Edinburgh and had got through to the final interview stage. I loved the company and loved the idea of living in Edinburgh, one of my favourite cities in the world. They had positive attitudes to women in senior management. It sounded amazing.

The offer from the merchant bank in London came first.

As a graduate who was unemployed for a year, I took it.

It didn’t matter if I needed to move away from my family, the place I grew up and all my friends, I needed to support myself financially as soon as I could.

I worked in the bank for a year and a half. I went to the gym every night. I ate pasta with pesto or chicken salad from Marks and Spencer’s most nights. It was quick and easy fuel food.

Lunch was a Prêt a Manger sandwich and slice of cake or a Benjy’s sandwich at the end of the month, when my lunch vouchers were running out.

I was eating to feel better, yet I wasn’t feeling any better.

The office politics and patterns of flirtation bemused me.

The people didn’t ‘get me’. I was a fish out of water, a Scottish Salmon landed by a loch with a pound / dollar shaped hook in it’s mouth.

Here’s what I would have told my former twenty-two year old self:

1. You don’t need to get the most impressive sounding job.

2. See if there’s a way you can stall things to find out about the Edinburgh job. (don’t rush into things when there are other options that might suit you better on the horizon.)

4. Use your spare time to figure out what else to do and get some help with it. (from a coach for example)

5. Use the time in the evenings to figure out what you really want to do and believe enough in yourself to move slowly and surely in that direction.

6. Notice the blindingly obvious thing that you love to do and explore doing something related to that. (mine was reading self-help which linked to coaching)

7. Be an early adopter. At the time I didn’t become a coach because coaching was not an established thing then and I thought I was too young. I wish I had taken no notice of this at all and got on with getting some coach training and then starting my own practice. So from this comes point 8…

8. Don’t discount yourself because you are too something. e.g. too young, too late, too sensible.

9. Bridge jobs can be a good thing and it is even possible to treat sensible career jobs as a bridge job if you don’t make your success in them mean everything to you.

10. Don’t jump into another ‘sensible’ option so you can get out of there quickly. Look at the options that are not so sensible too.

11. Eat more healthily. You are stuck in a rut that has a lot of gluten in it.

12. Going to the banking classes and to the gym does not count as a social life. If your kind of people are not at work, find out where they do hang out and then go and hang out with them. When it does not work and you don’t find them first time keep going. I had disasters with a baseball club (who knows why I thought this was for me) and a very stuffy choir.

13. When considering a job think about where you want to live as well as what you want to do.

14. Notice if what you are doing is not coming easily to you or if the time drags. Begin to notice what comes easily to you and when time flies and then think what value you can offer to others that is related to that.

15. Remember that a London / city salary might look impressive, but the cost of living there is higher.

16. Spend less on the ‘right clothes’ for the job you hate and more on exploring your passions and interests.

17. Don’t compare yourself with people who know and understand ‘the game’ of where you work. The reason you don’t understand it is not because you are stupid, but because it’s a crazy game that has evolved over years within that organisation.

18. Don’t worry about finding Mr Right. he’s coming. (Mr or Miss right may apply to you) Get to know you and what you want as your priority first.

19. Go out at lunchtime. You don’t get extra points for taking lunch in the smoke-filled bunker on the bottom floor of the bank and it won’t help you understand the culture more unless you commit to it for roughly the next 40 years.

20. Those gym workouts are filling your body with stress chemicals. Remember how you feel after the yoga classes in Covent Garden on a Saturday? Go for that.

21. Realise there is another way. Realise that you can live your life from a place of possibility and inner kindness. Realise that if you choose to believe it that you are not stuck and that there are other options.

If I wanted to help my 21-year-old self even more, here are some places on the internet I suggest she look up:

The work of Pamela Slim, including her book ‘Body of Work.’

Chris Guillebeau on how to make your life an adventure.

Actually when I think about it some of these resources were not around when I was in my twenties. Here’s the ones that have stood the test of time and that most helped me.

The work of Dr Martha Beck, which eventually led to me becoming a Martha Beck Certified life coach.

The career books of Barbara Sher.

‘The Artist’s Way’ by Julia Cameron. (the book)

What career advice / advice about what is possible would you give to your 21-year-old self?

Is it time to start taking some of that advice now?