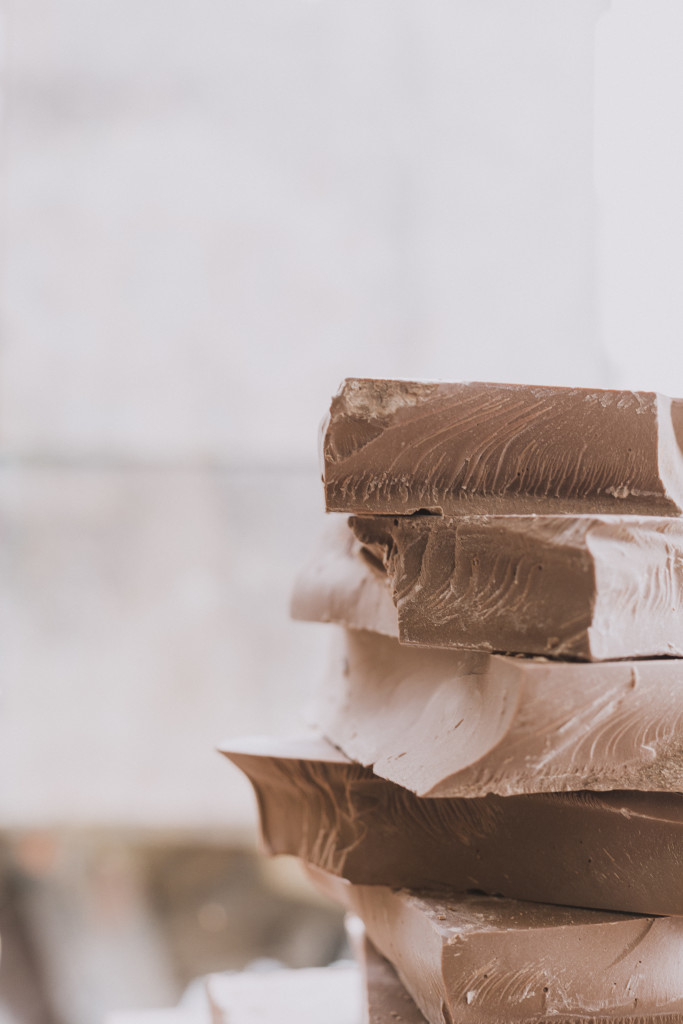 Lessons Dark Chocolate Taught me About Mindfulness and Mothering.

When I was a very new mother I had this idea that I would limit TV consumption to aid my child’s brain development and that I wouldn’t give my child chocolate.

It stayed like that for about four years and the T.V. watching is still limited to 30 minutes per night. Time here is measured in number of ‘Mike the Knights’ rather than 15 minute slots.

Then eventually I realised that if it was fun for me to sometimes watch a film, then it would be fun for her and if it was fun to eat chocolate (but only the good stuff – except at Christmas where the big tin of Roses chocolates rule comes into play) then she might like it too.

So we decided upon a film night and I put aside my ‘never watch a Disney movie in case they think they need a handsome prince to rescue them’ rule.

We planned to watch ‘The Rescuers,’ which was one of the first films I ever went to see at the cinema. I bought popcorn (included the sweetened type, which early mummy me would also definitely not have approved of).

We had dinner and I was was running through all the to-dos – reading book- dinner-bath- hair dry-film.

I got caught up in needing to be moving quickly to get where we were going, so that we would have the time to watch the film and for her still to have an early bedtime.

I sometimes have a piece of 70% chocolate after dinner even though I don’t have sugar in the rest of my diet. I got it out of the fridge and in my rush, (some of you will understand an occasional rush for chocolate) I dropped it.

My dog is quick.

My dog is so quick.

He got a piece of the chocolate.

I went after him and put my hand into his mouth, to try to retrieve the chocolate from my retriever.

I felt the last corner of it as it went down his gullet. Nooooooo……

Tears from little one, as she knows chocolate is poisonous to dogs.

I phone up the vet and they ask me questions about percentage cocoa solids and weight of my dog. In this case 70% isn’t the healthiest option.

At 70% cocoa solids, it’s a mathematics of fear.

When you’re phoning your vet and they ask you what chocolate your want to be able to look on the packet and see that the bar is mainly sugar and once glimpsed at a sack of cocoa beans.

I notice a little blood trickling from my finger from when my dog was trying to swallow the chocolate and got it mixed up with my hand, which was down his throat at the time.

We went to the vet and he had an injection that made him sick.

Then we rushed to the doctors to see if they would see me.

Then we took our dog home so he wouldn’t be left in the back of the car on an icy night.

Then we rushed back to the doctors to be seen.

(When I was a teacher I used to ask children not to use ‘then’ over and over in their stories, but now I see the point of it. Sorry children in my class, you were right.)

All was fine in the end and we did watch ‘The Rescuers.’

But really, it could have been an easier night. Couldn’t it?

I know I’m a life coach and you perhaps expect that life coaches don’t have dog eating chocolate instances. After all the tag line is ‘life feels lovely,’ and not ‘life feels like a mad dash to the vets. the doctors, back home and then to the doctors again.’

Well it often does feel lovely and I am so grateful for the life I have and the work I do, but that doesn’t mean that things always go to plan.

So what did I learn?

If I’d been more conscious and present as I took the chocolate from the fridge this probably wouldn’t have happened.

I could have stopped it happening by having a new system – We’ve now inaugurated a secret chocolate society meeting, where chocolate is eaten with the dog out in the hall for a few minutes.

That films nights are a good thing, no matter how you have to fit other things that come up around them.

That I might not be the ‘follow all the rules for greatness’ mum I thought I would be and that’s a very good thing.

Where do your moments of being distracted and times when you rush cause you to make mistakes?

Where are you seeking comfort from things like chocolate and not taking the time to savour them with something like our newly founded secret chocolate society?

Where are you holding yourself to rules of perfection that actually mean that you are missing out on a lot of fun?

And for those of you wanting a new career:

Where are you allowing the role you have put yourself in stop you doing the things that are fun for you?

Do you ever give yourself any time to notice what you love or are you dashing for only moments of what you love?

If your career was a 70% cocoa solids career that you wanted to savour, what would it be?

I’d love to hear from you. What causes you to lose presence and what can you learn from that? Let me know in the comments.

If you’d like help with following the chocolate crumb trail to your right life, email me at deborah@deborahchalk.com and we can set up a discovery call to help you find out if coaching’s for you.